File
What will the future derived by S&T look like? In the 2020s, a meeting was held to discuss the national technology innovation system to achieve the Gross National Income (GNI) $ 40,000 per capita and to lead the nation's innovative growth.

The Korea Institute of Science and Technology Evaluation and Planning (KISTEP, President Sang-seon Kim) held the KISTEP National Innovation System Forum under the topic of ‘Rebuild Korea’s NIS 2020s’ at the El Tower in Yangjae on February 6th, 2020. 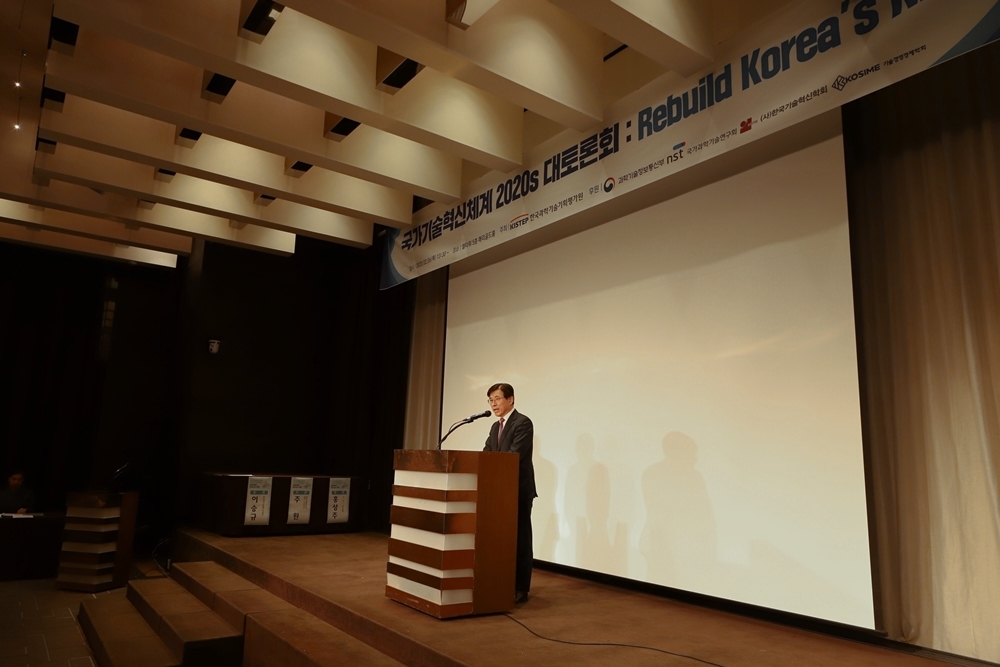 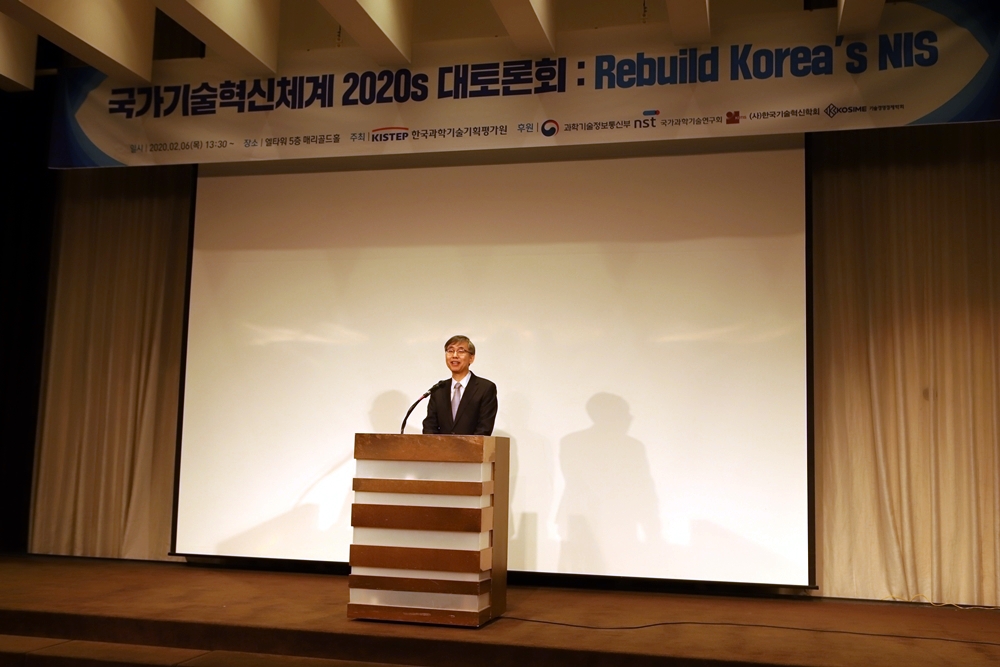 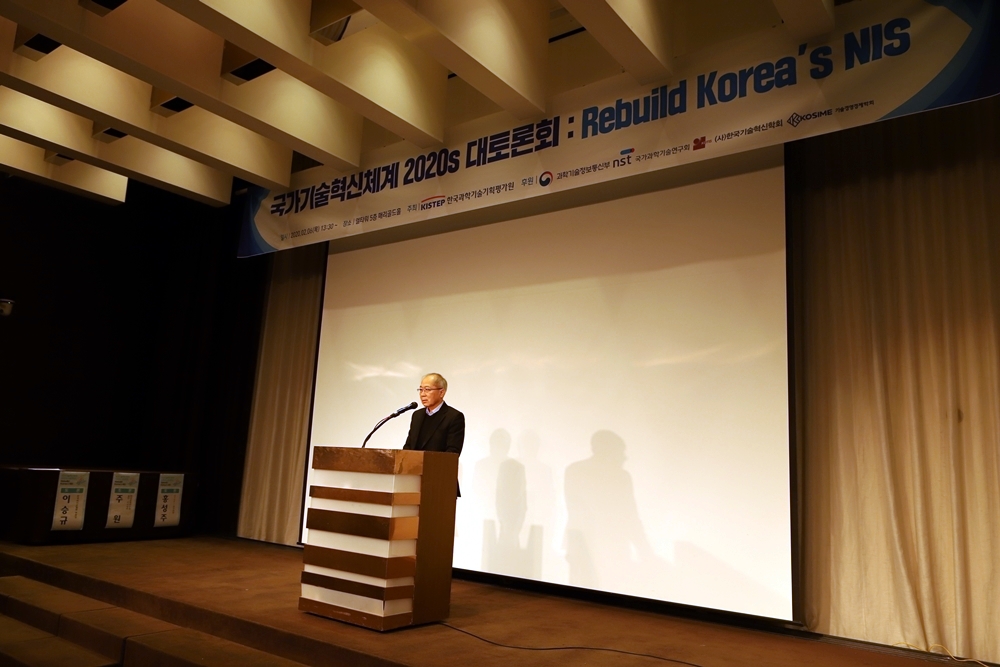 
The forum was held to present strategies and policy tasks to support the development of national innovation system and innovation growth that will create a new S&T-oriented society in the 2020s. In particular, by focusing on the prospect that the potential growth rate of the Korean economy will drop to 1% after the mid-2020s (Hyundai Economic Research Institute, 2019), the necessity of major transformation of the National Innovation System (NIS) was emphasized as an alternative. 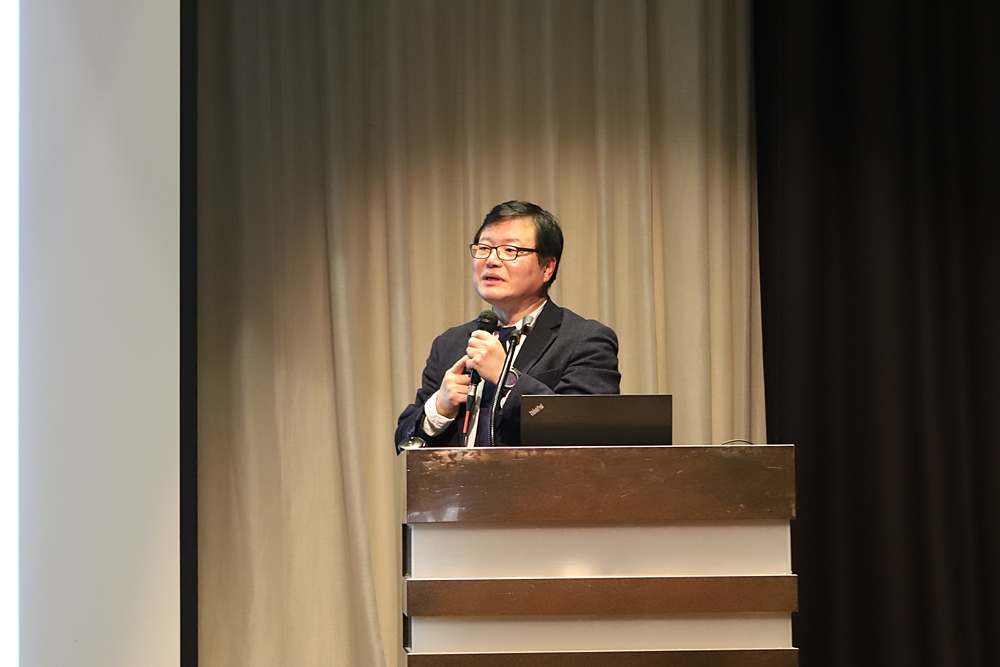 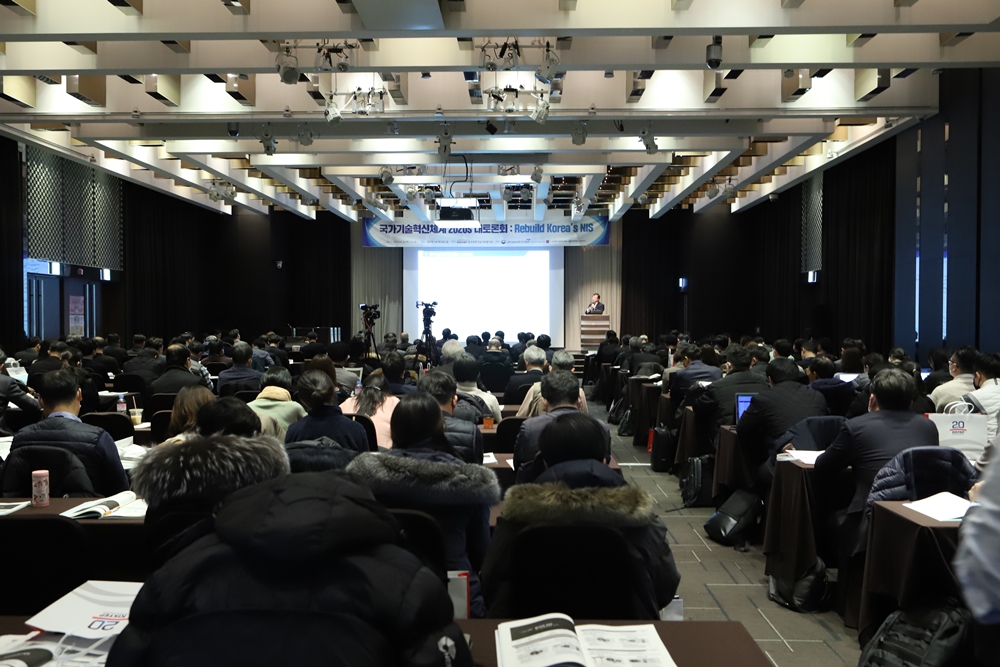 
[Session 1] consisted of presentations and discussions on the topic of “NIS 2020s: Strategy and Tasks”. Jang-jae Lee (Director of Research Institute of S&T Innovation and Strategy, KISTEP) presented the suggestion for NIS required in the 2020s of aiming for the GNI $ 40,000. He said, "as Korea is now in a period of new technological innovation required for the 4th Industrial Revolution, it is urgent to pursue innovation growth through the interconnection of Industry-University-Research Institute-Government innovators and to create sophisticated national strategies and related ecosystems”. In this regard, he have suggested strategies for implementation and top 10 policy tasks. 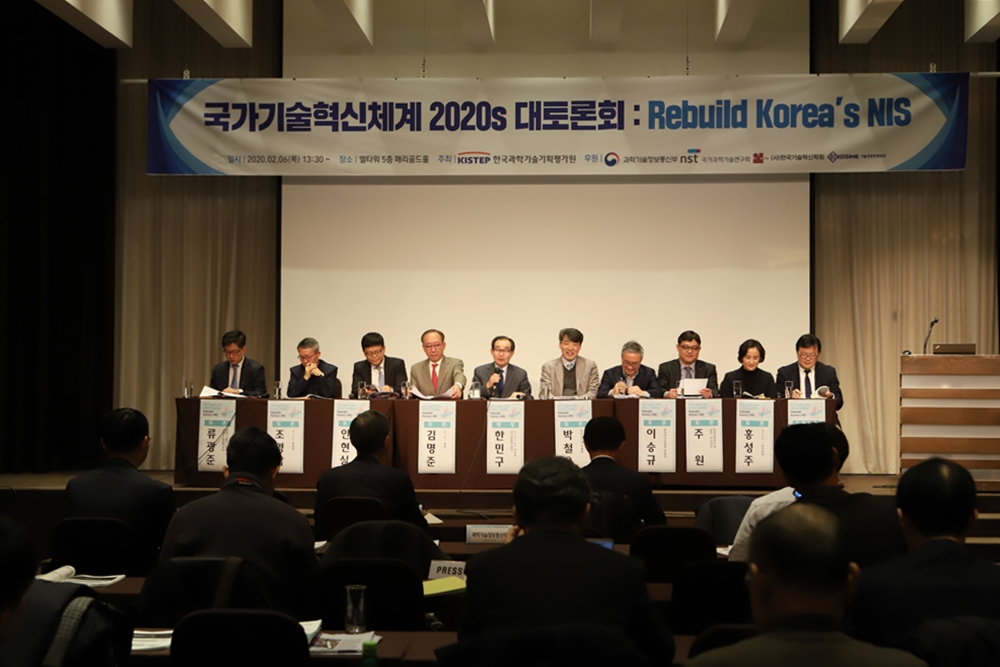 [Session 2] consisted of presentations and discussions on the topic of 'The Future of S&T and Human Resources', 'Directions for Regional Innovation in the Local Decentralized Era,' and 'Methods for Improving Performance in the Age of Government R&D 30 trillion Won.'

In the first presentation, Jung-Jae Lee (Director of Center for HRST Policy, KISTEP) discussed the ‘Agenda of the Aged Social HRST Policy’ in relation to the ‘Future of S&T and HR: Forecasts and Countermeasures’. He pointed out the current policy status of Korean society around the aged society in the 2020s, when Korea is expected to enter a super-aged society (20% of the elderly population), and proposed the agenda needed to supplement the current propel policy, to proactively respond to future changes, and to promote a desirable future society in terms of HRST policy. 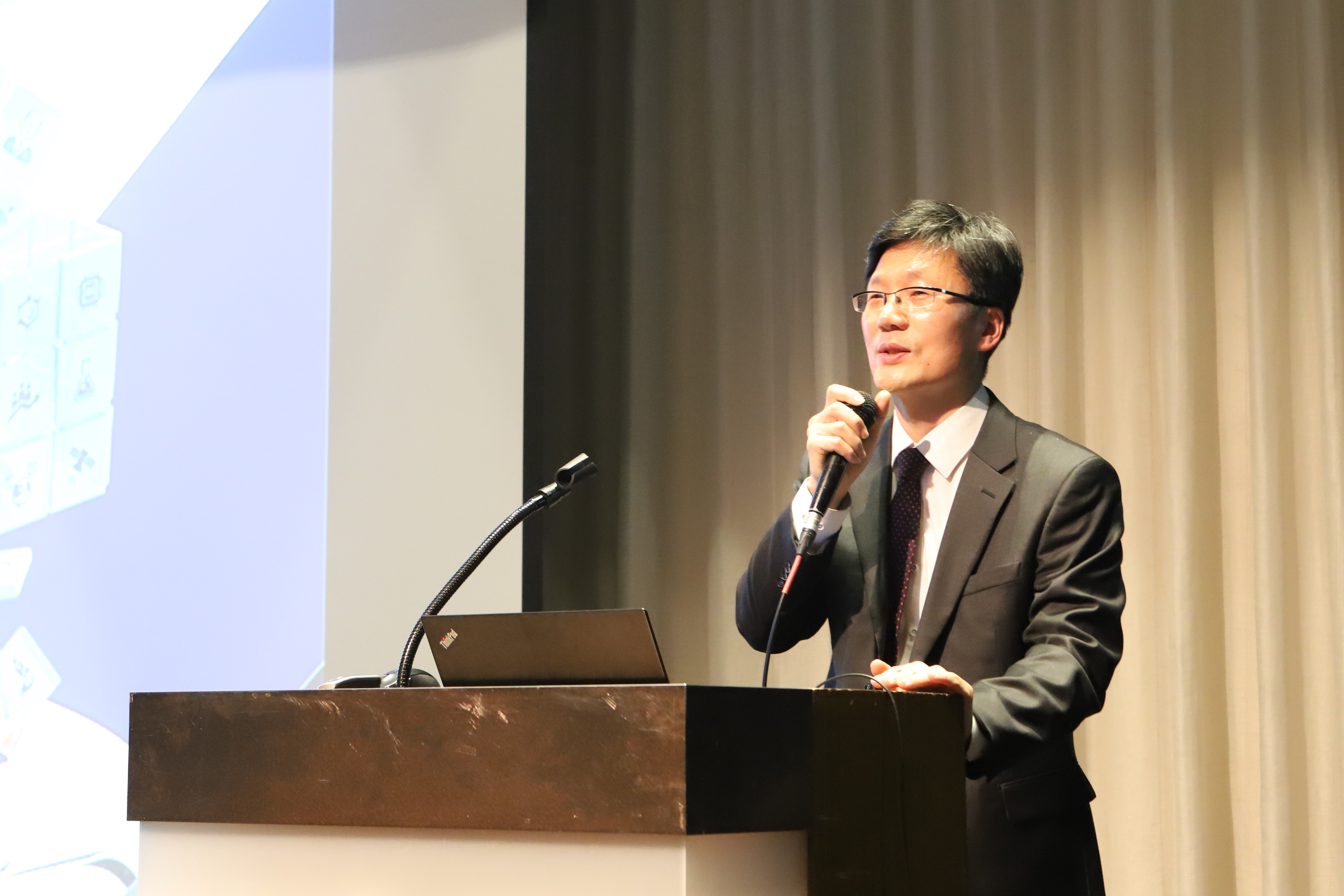 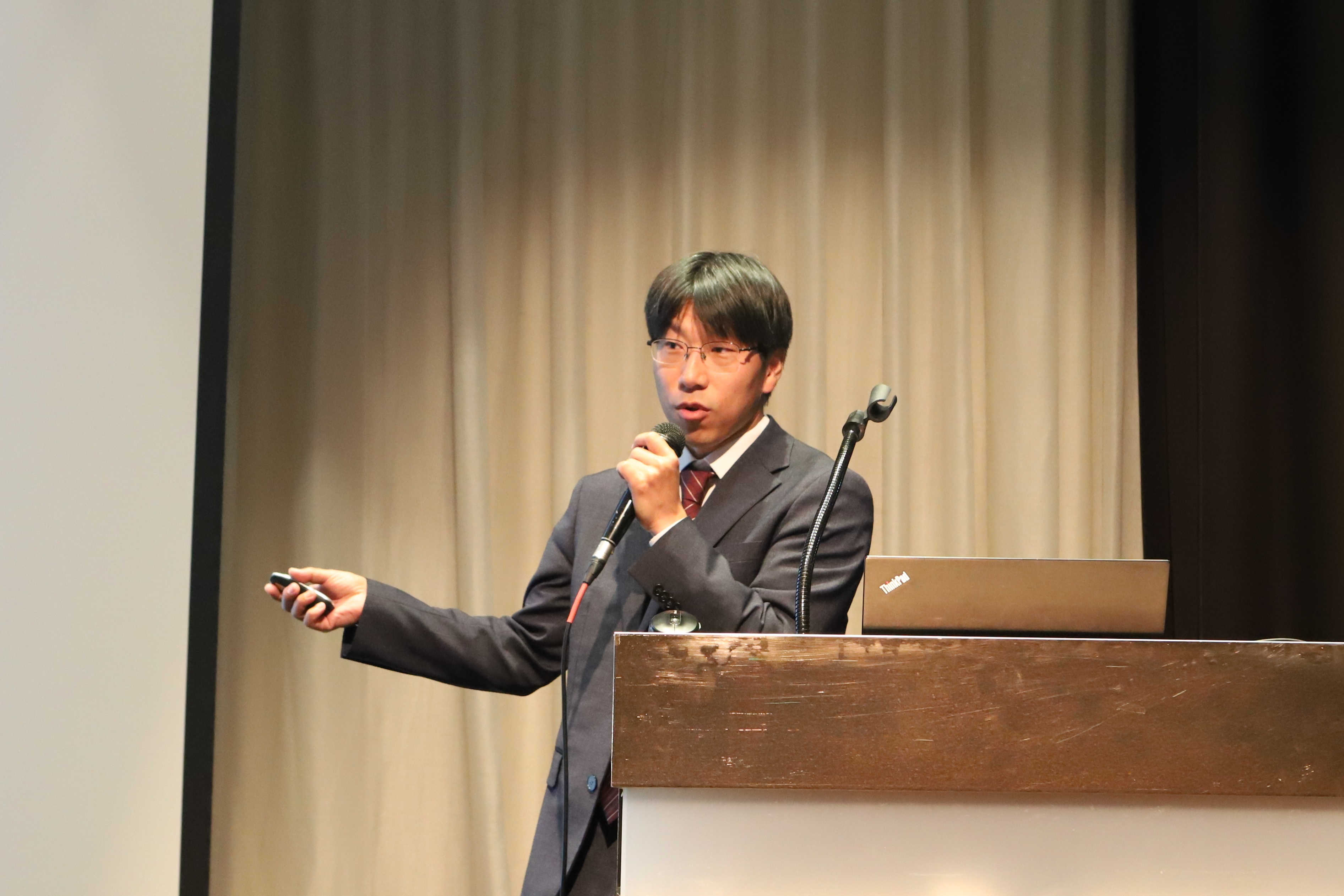 
Lastly, Hyun-Jeong Cho (Director of Center for R&D Performance Diffusion, KISTEP) focused on the transformation of the government R&D system under the topic of “innovative R&D performance improvement plan for the era of government R&D 30 trillion won”. She emphasized, "as discontinuous innovation and external cooperation become important, system innovation is essential for achieving innovation outcomes, and a balanced view of integrationㆍcoordination and autonomyㆍresponsibility is required", and suggested the key issues and directions for improvement from the perspective of the R&D system. 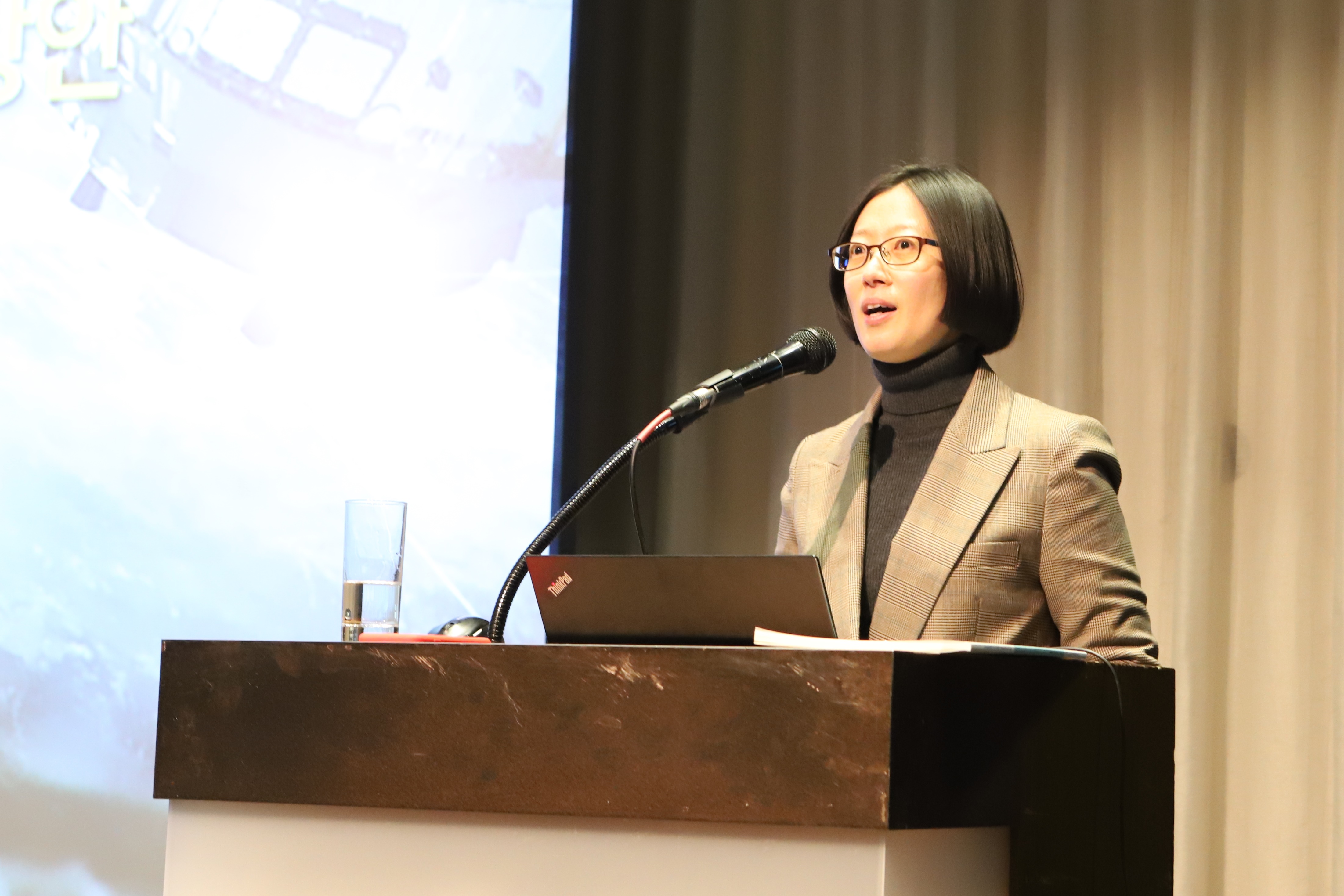 Sang-seon Kim (President of KISTEP) said, “S&T must play a pivotal role in opening the era of GNI $ 40,000 in the 2020s” in his opening address, by emphasizing “during the 4th Industrial Revolution, the emergence of new S&T and new industries that induce the Big Bang is expected, therefore, the government needs to put priority on building NIS, creating an ecosystem, fostering HR, and cultivating entrepreneurship”. He finalized his address with aspiration, “KISTEP, the Think Tank of S&T innovation strategy, will build a new S&T-oriented society required for the 4th Industrial Revolution and strive for successful promotion of innovation growth”. 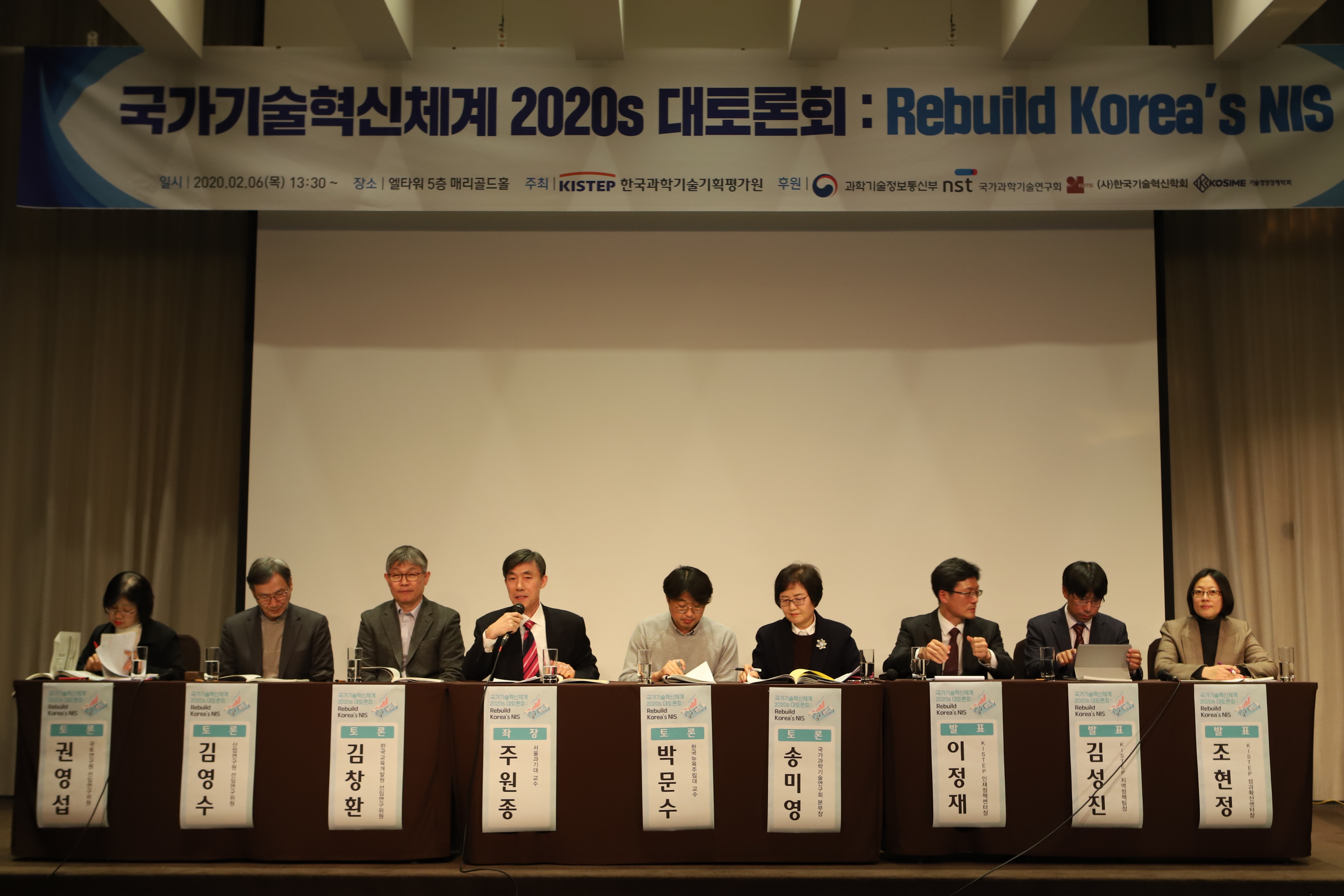